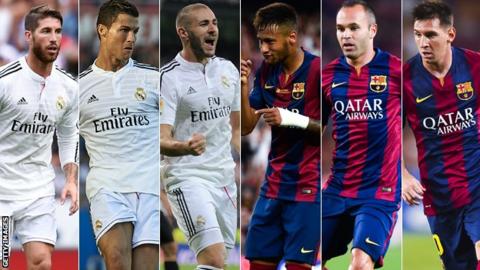 Atletico did something similar in the league in 2014/15 as the defending champs defeated Madrid 4-0. Madrid were touted as the La Liga champions in waiting under manager Carlo Ancellotti but that failed to materialize as they crashed to Diego Simeone’s men. END_OF_DOCUMENT_TOKEN_TO_BE_REPLACED 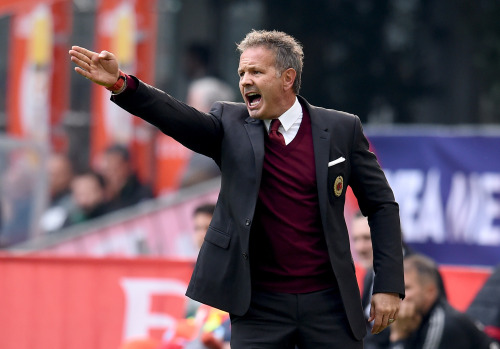 Andrea Dossena spent 2 years performing with Udinese and he is aware of how the environment and how things work in that club. The 35 year old player has recently come out and defended Giuseppe Iachini as he said: END_OF_DOCUMENT_TOKEN_TO_BE_REPLACED

Former Liverpool defender Andrea Dossena has said that he is very much looking forward to the class with Chelsea in the last-16 of the Champions League. Napoli have been rewarded with the excellent group stage run with a tie against 2008 finalist Chelsea.

It is expected to be a major contest, in which no team has the advantage. Even though Chelsea have reached the finals a few seasons ago and have also been dominant domestically, they are undergoing a transitional phase under new manager Andre Villas-Boas. Meanwhile, Napoli are focusing their enter attention towards the Champions League.

Hence, Napoli defender Andrea Dossena has said that he is expecting a very tight contest between the two clubs and that he cannot wait for the match to take place. Napoli were extremely brilliant in the group stages, where they were drawn against Bayern Munich, Manchester City, and Villarreal. However, with some impressive results, Napoli qualified for the knockout stages of the Champions League ahead of the likes of Manchester City and Villarreal. Even though the match against Chelsea is never going to be easy, Andrea Dossena has admitted that he is looking forward to it because of the stature of the match.

“I played against Chelsea in the quarter-finals for Liverpool. They’re the most difficult team after the Spanish sides. The draw has already been tough on us. We came here to take part and see what happens. The tie represents a great challenge that will see us up against one of the superpowers of Europe in recent years,” Dossena told UEFA’s official website after the draw. Chelsea have themselves confessed that the draw is particularly tough. The two teams will be meeting each other in February. The first leg will be played at Napoli’s home, while the second leg will be in London at Stamford bridge.

Napoli’s Andrea Dossena believes that drawing Chelsea in the last 16 of the Champions League was the toughest outcome possible except for Barcelona and Real Madrid. With the two Manchester Clubs failing to qualify for the knockout stages, many continental teams consider themselves relatively lucky to have only Chelsea and Arsenal representing England in the competition.

But Dossena, who faced Chelsea several times during his stint at Liverpool is not taking the draw lightly, and thinks that the London club now have the experience and passion to present a serious obstacle to his Italian team. “I played against Chelsea in the quarter-finals for Liverpool. They’re the most difficult team after the Spanish sides,” admits Dossena.

Chelsea have had an indifferent season so far, with many former stars struggling to find their form, and at the moment do not seem likely to mount a serious title challenge this year, sitting 12 points behind leaders Manchester City, with a game in hand. However, this may mean they focus more on the Champions League, and they are still a formidable side, recently ending City’s unbeaten run with a fantastic 2-1 win at Stamford Bridge.

Former Napoli manager Alberto Bigon agrees with Dossena, but is confident that the club will put in a competitive performance against the Chelsea. “We came here to take part and see what happens. The tie represents a great challenge that will see us up against one of the superpowers of Europe in recent years,” said Bigon, who was in charge of the Italian club from 1989 to 1991, and still follows the club closely. “We will have to be at our best and are happy because it will be an exceptional tie against a great side and we will face them with great enthusiasm and desire to impress, trying to do again what we did in the group.